Dear Human, Remember Who You Are: Why AI is No Cause for Panic 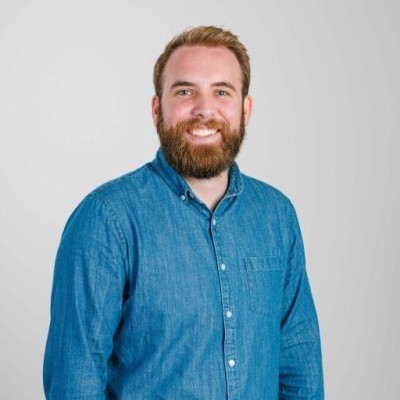 As a copywriter, the technological advancements in AI carry a certain amount of foreboding. I have never been one to buy into conspiracy theories or spend too much time thinking about the end of the world. Yet, the idea of an automated system that can do in seconds what I do in minutes or even hours is a bit disheartening.

However, instead of wondering what the intentions of services like ChatGPT are, I decided to take the high road. So, with a deep inhale of confidence, I went straight to ChatGPT and asked if it was trying to take my job. Here is what it said:

Going to the Source

Me: “As a copywriter, should I be worried that you're going to replace me?”

ChatGPT: “As a language model, I can assist with generating text, but I am not capable of replacing the creativity, problem-solving, and human touch that a copywriter brings to their work. My main goal is to assist and make the writing task easier, rather than replace the human writer. Copywriting is a profession that requires a deep understanding of the target audience, the client's business and brand, and the ability to craft compelling and persuasive messages. I can generate text, but I do not have the same understanding or ability to tailor the message in the way that a copywriter would.”

This, I felt, was a good answer. It makes me feel a little better that this new party entering the writing game understands the nuance of what I do. Then again, I watch a lot of movies, and I’m acutely aware that AI learns quickly and will say anything it needs to in order to get my guard down. Like innocent Hal acting like my friend and then refusing to open the pod bay doors. So I doubled down like the clever human I am to get the answers I was looking for:

Me: “So, are you saying that you lack the ability to give me creative copy?”

ChatGPT: “I can generate text, but my ability to be creative is limited by the data and the parameters that I have been trained on. The text I generate is based on patterns and relationships in the data I was trained on. While I can write in a variety of styles and tone, it may not be as creative as a human copywriter who has a deeper understanding of the client, target audience, and the specific task at hand, who can bring their own unique perspective and ideas to the table.

That being said, GPT-3 model like me can be helpful as a tool to help you with specific tasks such as research, writing headlines, editing and proofreading, or generating content ideas, which can help you be more efficient and effective in your work, but it is not replacing the human touch of the creative process.”

Alright, so it's really sticking to its guns here. It’s either playing me like a fiddle, or it's being honest about its purpose as a tool rather than a replacement. I tried to change tactics by asking if a person would be better served using its services rather than paying to hire a copywriter. Needless to say, ChatGPT doubled down on its stance that it is a supplement to human work, not a replacement.

I suppose that I believe it. For now…

A Frame of Reference

Though this has mostly been written in jest thus far, the sentiment remains. Perhaps one day, as AI advances, it will become increasingly difficult to decipher the differences between human writing and computer-generated text. However, that day has yet to arrive. I’ve found myself thinking a lot about the movie Wall-e lately. Whatever your feelings about the movie may be, there is no denying that the film displays a meaningful portrait of a robot’s longing for human beauty in a world where people have forgotten what it means to be creative. As one film critic puts it, Wall-e is “Robots acting like humans to teach humans how to stop acting like robots.”1

This is a concept worth considering when on the topic of AI tools replacing humans. Because the reality is that copywriting is not the only function that AI is beginning to encroach on, with new technology for WordPress code generation and graphic design. Yet, even with these new services, we cannot allow ourselves to become so overwhelmed with despair that we overcorrect and resign ourselves to being human robots with nothing more than basic functions to offer.

Beauty in the Process

Once we accept that just because robots are becoming more humanlike doesn’t mean we have to become more robotic, we can begin to embrace the creativity that will always make us unique. The work of a copywriter is not valuable because it’s done quickly. It’s valuable because it expresses a creative understanding of a product, its audience, and the story behind the people who made it.

So when I see people use ChatGPT, I’m really not worried because I know (and clearly it knows) that human storytelling is an inimitable skill that no AI can ever truly replicate.

END_OF_DOCUMENT_TOKEN_TO_BE_REPLACED

Wow! We're honored to embark on this journey with you. Marshall or Bryce will be reaching out very soon, so let us know who they should reach out to and what phone number they should call. We look forward to chatting shortly!